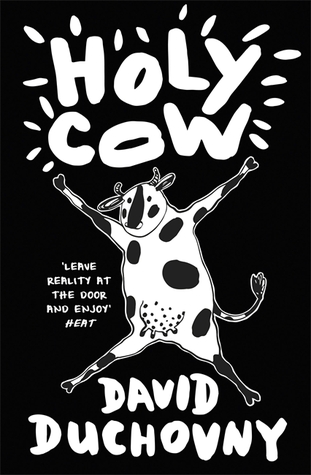 David Duchovny, best known for acting in a 90s sci-fi TV series, tells the tale of a cow who discovers the truth about her existence, and sets out to decide her own fate.

The narrative is a lark, and necessitates total suspension of disbelief. In this way it’s good fun. The story is also a parable, indeed almost a lecture, from Duchovny on the way that animals are treated in food production, and in this way it comes across a bit too preachy.

The weirdest moment for me was early in the book. I had just finished reading ‘The Ocean at the End of the Lane’, by Neil Gaiman, which similarly is presented in the first person. As such, my head started reading in the wrong voice - the voice of a middle aged man - and I was then befuddled by the sudden occurrence of a milking.

It’s a bit of fun, which I probably wouldn’t have picked up were it not for the famous author, and which I don’t think I’ll read again.