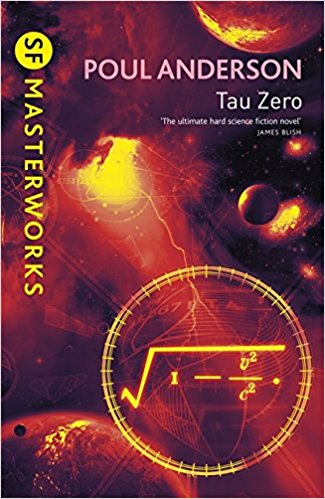 I’m not usually a big reader of hard science fiction, and so felt slightly nervous about picking this off the shelf. It’s the story of a deep space colony ship - sent out to try to find a new planet and home for a post-nuclear humanity - a ship that will travel so fast it will experience time dilation to the extent that there is no going back.

Anderson (who I had for some reason incorrectly thought was a woman) has put together a rich world for his characters to leave behind - with some fascinating titbits dropped into the backstory before the plot moves out into space. Really, the story is about the collective group of people aboard his spacecraft, and how they interact and cope with the situations that the universe throws at them.

However it very much seems like it’s about the collective and not the individuals - which made the book feel dated. More recent stories seem to focus more on individual characters, their feelings and thoughts, whereas the community feels more important in this now-older novel.

I don’t think I can go as far as to say I enjoyed reading it. It was interesting, and the mechanics and details of the story were well plotted out, but it felt academic and distant.