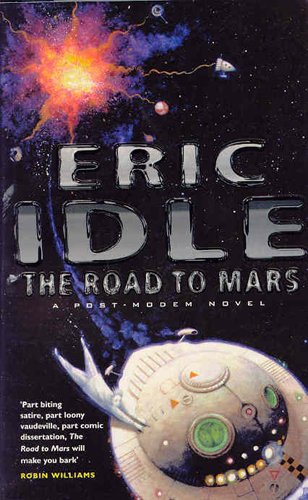 The Road to Mars

I picked this novel up in a charity shop based primarily on knowing who the author is, and was really pleased when I eventually got around to reading it. It’s the tale of two comedians, who having failed in auditioning for a job on a cruise ship, attempt to head to Mars seeking work, only for everything to go wrong.

It’s funny, but it’s also a good story, with real characters who have real lives, and an almost over complex number of layers of things going on at the same time (although not). There are many references back to comedians of the 20th Century - nods and winks as it were - including to the work of Douglas Adams, and indeed a particularly amusing few pages of fourth-wall breaking as one of the characters discusses the work and life of the novel’s actual author.

A good book that accompanied me on some unusual journeys - and more than I might have hoped for.