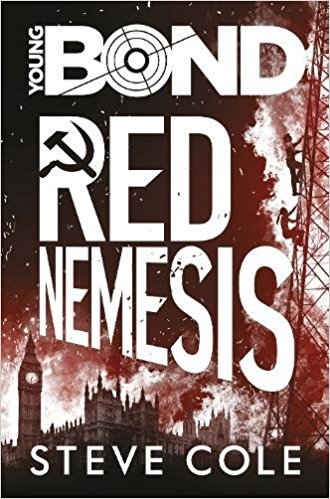 The fourth (and apparently final) novel in Steve Cole's set of Young Bond novels follows the teenager as he learns more about the accident which killed his parents. A chance discovery leads to him joining forces with an MI6 agent to attempt to uncover a Soviet plot.

It's an entertaining if slightly unbelievable adventure, which very much puts it into the Bond world. Cole has done a good job of moving Bond from the character that was left at the end of Higson's original Young Bond series towards where he needs to be pointed to turn him into the post-war character of the Ian Fleming novels. Each book makes clear steps toward this, and this one feels like the ti[[ing point. It seems appropriate that this is the last novel, as going back to the mundanity of school doesn't really feel like the next step in Bond's life.

The locations, the twists, and the characters are all very Bondian. It's a well-crafted narrative that follows a recognisable Bond structure. But there are moments where I had to put in effort to pay attention and follow exactly what was happening without my eyes skipping down the page, and I kind of missed some of the asepcts of the earlier novels in this series that are now missing.

A good finale, but I still feel like there's some more stories to be told to fill the gap between this story and Casino Royale in the character's life. 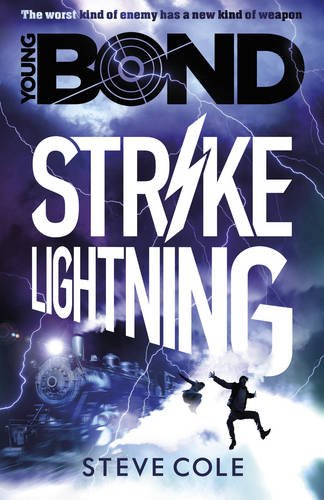 The third book in Steve Cole's Young Bond series (which itself is a continuation of Charlie Higson's five-book series) sees the teenage James Bond take up a place at Fettes - a traditional Scottish public school. Idyllic school life doesn't last long though - when Bond encounters a suspicious teacher and his assistant, and one of his schoolfriends is struck by lightning.

It's another really great adventure in this series that paints a good picture of its locations and time in the 1930s. I've read a number of historical young adult novels recently and it's really great how authors are telling thrilling but authentic stories from this time.

There is a touch of science fiction to the story, and I'm in two minds as to whether or not this works. It is a staple of Bond fiction and film to depict technology that's a step ahead of reality, but that's easier to consume when it's in a contemporary setting than in the past.

Overall an enjoyable read that adds another view of the era that shapes the character that we see in the later, original novels, as well as being an entertaining and age-appropriate adventure for younger readers. 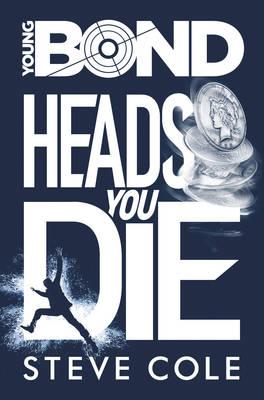 The second of Coles' Young Bond novels that follow on from the previous series by Charlie Higson is an immediate sequel to the first. We join the teenage Bond on a Caribbean island as he makes his way home from the last adventure, and it isn't long before he gets mixed up in another.

As with the previous novel, I find I'm highly critical of the publisher's marketing - while I'm clearly not their target audience I am at least a secondary market that it would make sense to inform of the existence of the novel sometime in advance of publication?

I found it to be an enjoyable novel that cleverly weaves in aspects of the character from the original parent series and it's fun to see the moments which are clearly intended to act as foreshadowing.

It has a solid plot and strong guest characters that make for a great adventure for all ages of reader and I look forward to Coles' next novel, which the marketing has worked for and which I am expecting to see later this year. 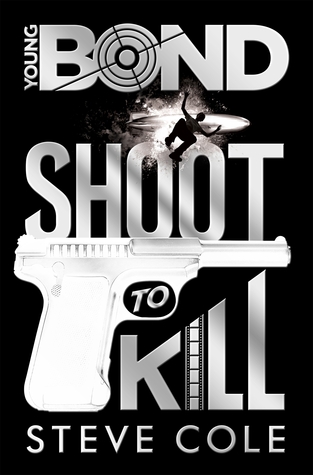 A new Young Bond novel that I didn't even find out about until the day after publication - not sure if that's a black mark for the marketing department (not sure I'm target audience) or Amazon's recommendations (which should definitely know I'm a Bond fan).

The story takes place following the end of the series written by Charlie Higson (which covered Bond's time at Eton) but before he starts at his next school, Fettes - which allows the author to have some fun and take Bond away from home much in the style of many of the original Fleming novels.

Despite the setting in the earlier half of the twentieth century, Coles has managed to craft a really exciting story that doesn't feel dated to a (admittedly slightly old) reader in the twenty-first. It's full of the technology, peril, adventure, glamour and action that's expected of James Bond, and while there are tiny hints of things to come, it skips some of the aspects of the original character that might not work in a book aimed at younger readers.

An exciting, superbly paced, richly detailed story about one of my favourite characters that really hints, perhaps more so than Higson even, at the man Bond will become.