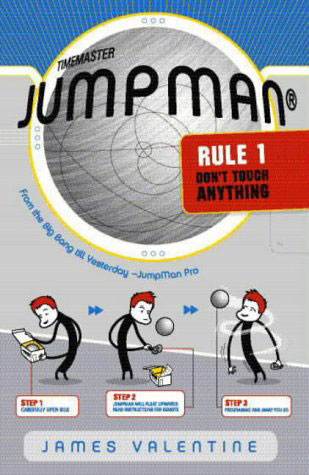 I don't remember what prompted me to get this book - it's been hanging around on my shelf for quite a while but I'd dug far enough down my reading list to get to it and found it quite entertaining. It seems targeted at a male audience of around 12 years, and tells the tale of Jules - a fairly ordinary schoolboy living in an ordinary town that could easily be interpreted as anywhere - who suddenly meets Theodore, a time traveller from several centuries in the future.

The characters are surprisingly strong for a book aimed at this age group - they all have a solid backstory and are emotionally rounded, particularly Jules, with whom the reader is aligned for the majority of the narrative. The humour is really what sells the book to me though, and the author has clearly put a lot of effort into building a future with enough differences from the present that there are plenty of opportunities for misunderstandings between the characters (although the reader can generally work out what's going on).

It's the first book of a trilogy, and leaves a lot of things unclear for follow up in the later books. I'm not sure whether I'll bother following it up though, particularly as I can't see the third book for sale in the UK.