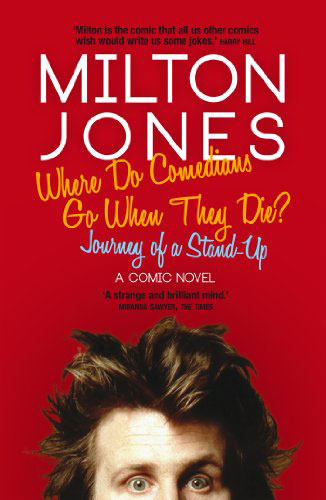 Where Do Comedians Go When They Die

Comedian Milton Jones is famous for his one-liners on TV programmes such as Mock The Week, but in this novel he presents a good mix or humour and plot as he tells the tale of not-unfamiliar comedian Jerome Stevens through ten years of his life.

I really like the style of the narrative, alternating between the character reflecting on his immediate past during his journeys between and after various gigs and his situation at the end of the ten-year time span. It's an interesting way to tell a story that is essentially the characters inner monologue without it reading like continual exposition.

The humour is perhaps a little lighter than I was expecting, and a lot of it plays in ironically as Stevens considers ideas for his routines, but overall I enjoyed reading it and would probably read more from Jones if he chooses to write a follow-up novel.