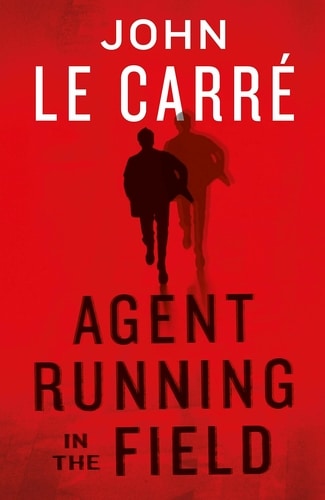 Agent Running in the Field

John le Carré’s latest spy novel shows all the hallmarks of a man who, despite being 88 years old, still has an deep understanding of everything modern, and how the lives of his characters will be both different, and the same, as they were when he started writing.

The story is one of Nat, a spy approaching the end of his career, returning to the UK and finding himself in a surprisingly complex set of circumstances. There are strong hallmarks of themes that run throughout le Carré’s novels, but the book stands alone and has a number of amusing moments as well as feeling deadly serious.

The author does seem to be using the novel to also make some political points. At first I thought this was just good characterisation, and the timing of my reading the novel a coincidence, but it turns out the author was repeating the views of his characters in newspaper editorials. I’m not sure how this will go down with some of his readers.

I’ve very much got back into spy novels over the last few years, and am enjoying them much more than modern crime novels, which just seem to have become gorenographic. The ingenuity and tradecraft depicted is much more attractive to me than brutal thrillers, and le Carré easily remains the top of the game. 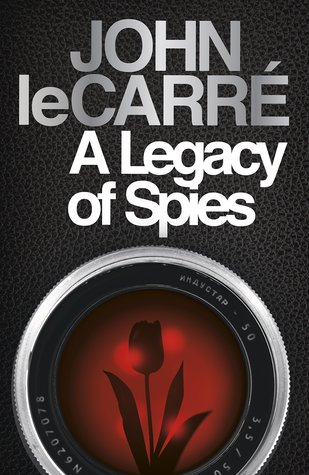 A Legacy of Spies

A surprise return to the world of Smiley and colleagues, some 27 years after the last novel and 56 since the series began. It's many years later, and one of the Circus’s operations has come under scrutiny from the modern-day powers-that-be. Specifically that depicted in the 1963 novel The Spy Who Came In From The Cold - and in some ways this serves as both prequel and sequel.

We see the story through the eyes of Peter Guilliam, as he is called in for a debriefing, and returns to the contemporary version of the service he worked for during the Cold War. This presents a slightly complex narrative, mixing between modern day in his point of view to his consumption of reports from the time he was an agent - from his own point of view and other characters', in various forms of prose. While this adds variety, it's not as clear as it could be, particularly some of the transcripts and some places where I lost track of which character was which.

The bulk of the story is incredibly compelling and I got really into it. I've read a few le Carré novels in recent years and enjoyed them thoroughly, which I think demonstrates a change in my tastes since my teenage years, when I struggled with his writings. However as I approached the end of this novel I started to feel concerned that there were insufficient pages remaining for a satisfactory conclusion. And I was right.

I feel I would likely have benefited from better familiarity with the earlier novel - it's a long time since I read it and so I struggled to notice the crossovers, and I feel that I may have appreciated some of the nuances more having it in my mind. 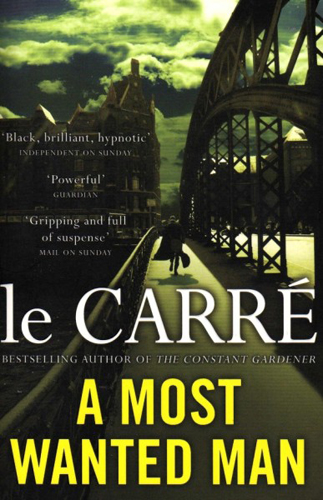 A Most Wanted Man

Continuing my slightly unusual new habit of reading John Le Carré's novels in reverse publication order, I've come to this story about an immigrant arriving in Germany to claim an inheritance. It has recently been made into a film (which I haven't seen), which surprised me slightly as I didn't feel it was as compelling as some of the other le Carré books I've recently read.

The most interesting story, to me, was the point of view of Annabel, and if this had been a John Grisham novel then she would have been the star. As it is, the focus is split between multiple characters, none of the rest of whom I found really compelling, and I wasn't able to generate a real interest in whether they succeeded in their goals.

Of particular note were a group of characters that I felt were added to the mix fairly late on. There were a lot of them, and I found it hard to distinguish between them, or understand their motives or goals. Perhaps this was part of a deliberate obfuscation, but I found it an irritant.

I've always been slightly dubious about reading le Carré, I think from a disappointing experience with an early novel when I was a teenager, but I'd been buoyed by recently reading 'Our Kind of Traitor' and 'A Delicate Truth', both of which were much more enjoyable than this. 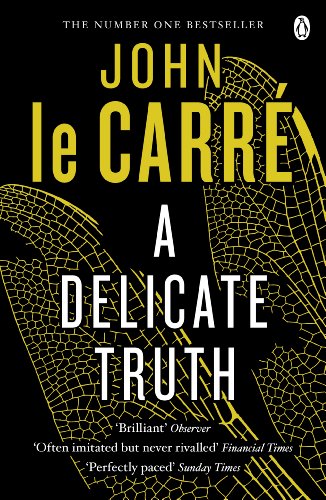 It’s taken me a while to get round to reading A Delicate Truth - I’m still slightly intimidated by John le Carré, having the idea that as he’s such a well known author that his books will be too literary and hard to get into. This is of course not at all the case, and as with his previous novel I was hooked straight away.

The story follows a couple of characters who were involved (tangentially) in a minor undercover operation as they try to piece together what actually happened. It’s a captivating plot that feels very engaging, though on reflection manages to do surprisingly well at suspending the reader’s disbelief and makes the events feel completely plausible.

It’s easy to sympathise with both main characters - probably too easy, as a bit more depth and shade would have made them and their motivations more interesting. In fact, they are probably too similar - there’s not a massive amount beyond age to differentiate them.

One aspect I really enjoyed was the structure of the novel. It’s split into just seven chapters, alternating in point of view between the two characters, and staying with them for many pages. This helps the pace to keep flowing and builds tension as we’re away from each of them for considerable amounts of time.

I really enjoyed reading this novel, and must learn not to think of le Carré as intimidating. It’s a very approachable ‘spy’ novel and one I’d definitely recommend. 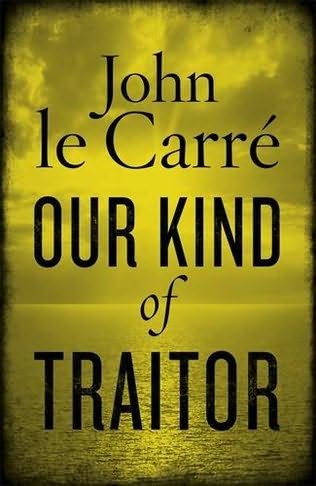 Our Kind of Traitor

This is the first John le Carré novel I have read since childhood, and it certainly exceeded my expectations based on vague memories of half-read books and from the 1980s or earlier, and the recent film adaptation of Tinker, Tailor, Soldier, Spy.

The story follows a young British couple whose make-up or break-up holiday in Antigua is interrupted by a demand to play tennis from a suspicious Russian with a mysterious family. The couple are the main focus of the narrative and much is told from their perspective, although there is a random third point of view that appears halfway.

The style is interesting, as a lot of the story is depicted in the present tense, with sections told in past tense as some of the characters relate their adventures to others. This helps build up the tension throughout the opening chapters and introduces the reader into the story in a compelling way.

Towards the latter stages though I felt that the plot lost some of its tension and urgency and it drifts slowly towards the conclusion without sense of direction. Though the plot still felt plausible, it seemed to lose the attachment to the characters and their development had come to an end too early.

Overall though a refreshing and appealing revisit to le Carré's works that has encouraged me to seek out more of his recent output and delve back into his back catalogue. 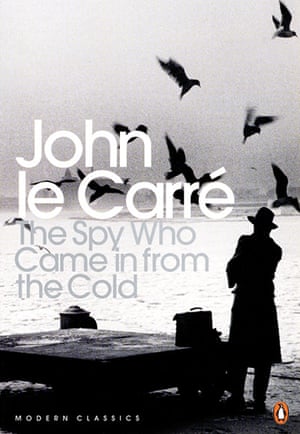