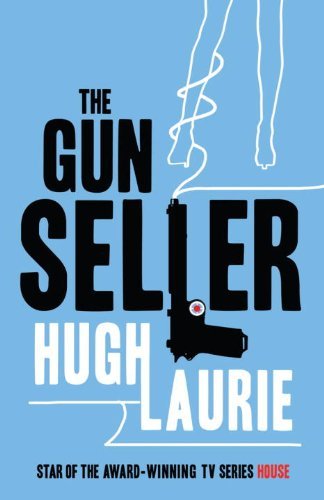 This is a strange book about a former Army officer who is tricked through a bizarre series of events into becoming an arms dealer. It starts off as a bit of a comedic romp, but then twists back on itself to become more of a thriller with a bit of psychology thrown in. One thing's for certain - it will keep you guessing all the way.

The first half of the story is confusing - Laurie has made it deliberately hard to follow what's happening in places, aided by the first person point of view which enables thoughts of the narrator to occur without giving a full explanation. The first half is also the funnier half - full of witty asides and occasionally worryingly deep observations. At the start I could clearly hear Hugh Laurie's voice behind the words, and see him in the starring role, but that soon faded as I got drawn into the plot.

The second half of the book seems to lose the comedy aspect however. While the plot continues to writhe around in unexpected directions (ably aided by the narrator withholding his plans until they happen), it becomes more serious - and less predictable as you wonder which way the character is going to decide to go. The comedy seems to mostly disappear in the second half, emerging only briefly to break up the more action oriented parts.

Originally I thought it was quite like Stephen Fry's writing style, but having finished I'm not so sure... it's certainly got the unpredictability of a Fry, but not so much of the weirdness, and more realism I suppose. A good book that I enjoyed reading.