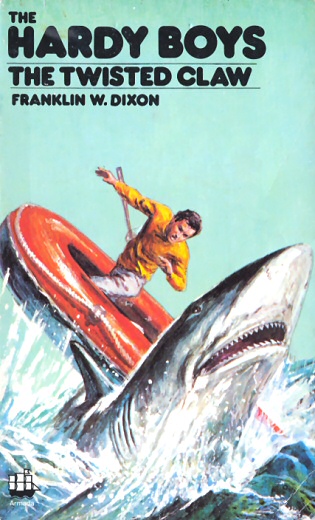 The eighteenth story in the original Hardy Boys series (noting that my copy is of the 1960s re-write) surprised me by surpassing the quality of the immediately previous adventures by being an excellent story and a good mystery that I really enjoyed.

There are a number of tropes that recur from earlier stories, but something about this story, which kicks off with the boys being asked to keep an eye on a suspicious ship, comes together into a story which flows at a good speed, survives the test of time without being offensive or silly, and makes for a mystery that seems completely plausible. 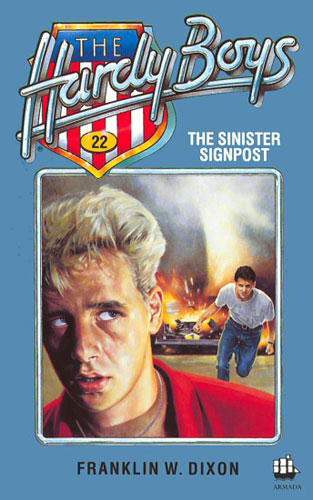 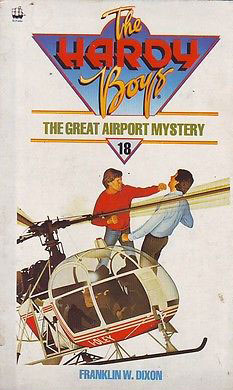 The ninth Hardy Boys adventure is the most violent so far in my re-read of the series, and this the updated 1965 edition that's meant to have removed less desirable content. As is typical, the boys are called in by their father to help out on a case, going undercover at a local factory to investigate platinum thefts, but things soon spiral into something much larger.

As plots go, this has been one of the least plausible of the series this far - the boys are constantly travelling both by plane and helicopter and it stretches my imagination when it fails to mention how this is funded. The boys seem to be brought in for something that the police could definitely have dealt with, and the combination of mysteries becomes overly coincidental.

Overall I felt a bit disappointed by this book, and if you're looking for a single book in the series (rather than being a completionist like me) then I'd suggest you give this one a miss. 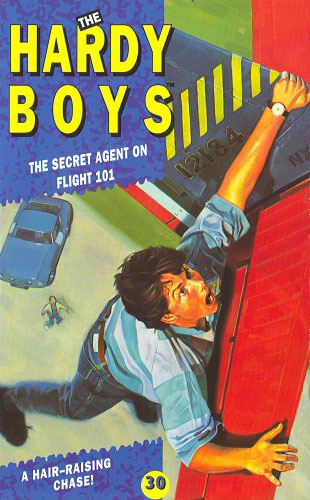