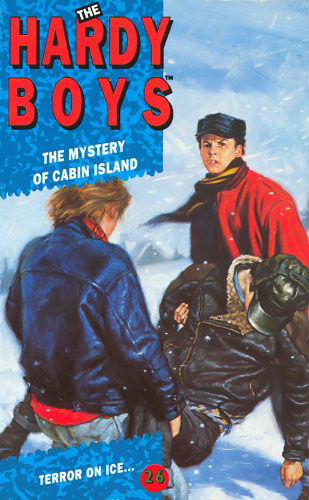 The Mystery of Cabin Island

The eighth book in the original Hardy Boys series (in my case the 1966 revised edition) sees the teenage investigators having a winter holiday as a reward following one of their earlier cases in an uncommon reference back to an earlier story (The Shore Road Mystery). As is emerging as a frequent occurrence as I re-read, there are two separate mysteries to challenge the boys.

This is an interesting entry in the series with a slightly different feel to hose that have gone before. There's less reliance on others to find a case, and it introduces some novel ideas around red herrings and some new local adversaries that seem to have potential to become recurring characters, making the boys feel more like real teenagers rather than the more adult characters that they tend to come across as.

Overall this is a good story and a strong mystery with a lot of twists to keep a young reader interested.