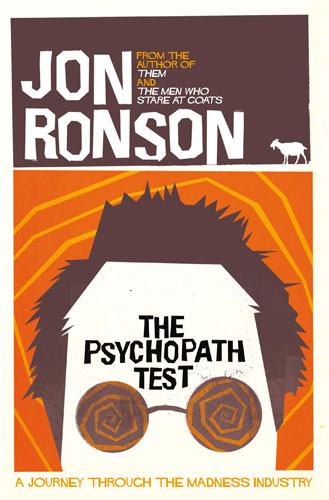 The Psychopath Test is the tale of a journey that author/journalist went on after being asked to investigate some unusual books that were delivered to academics around the world. He sets out to find out what makes some people's brains work oddly, but soon focusses on psychopathy, how it can be diagnosed, and what effects it has.

The book is presented as a series of anecdotes as the reader is taken on the journey with Ronson, although sometimes out of chronological order. This gives it a warm and approachable feel, although I suspect some readers might not appreciate this style as it does not carry a particularly scientific feel.

It's quite a scary book in places, claiming up to 1% of the world's population could be made up of psychopaths and focussing on those who end up incarcerated. It does however explore them in a sympathetic manner (well, some of them) and doesn't try to use the shock tactics favoured by television documentaries. Like the author, I'm now finding myself identifying people I know as possible psychopaths, and even characters I read about in novels - hopefully this effect will fade with time!

I found this to be an interesting but quick read, and written in a non-technical manner that doesn't put the reader off. I wouldn't recommend it to anyone prone to paranoia - you could end up spotting psychopaths everywhere - and although it's not the type of subject matter I would usually go for, I'm a little tempted to sample some of Ronson's other work. 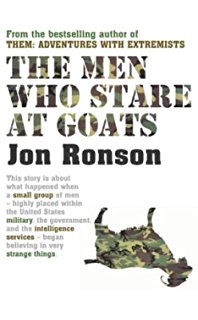