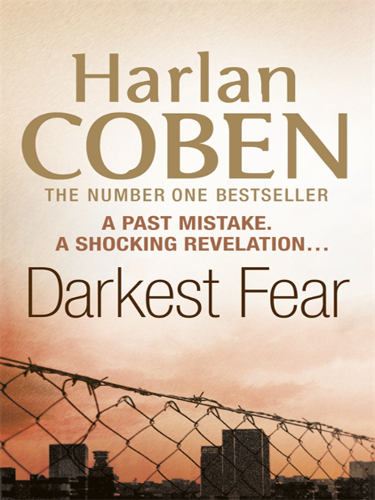 Life isn't going well for Myron Bolitar. His business is struggling, and his father, recently recovered from a heart attack, is facing his own mortality - and forcing Myron to face it too. Then Emily Downing, Myron's college sweetheart, reappears in his life with devastating news: her thirteen-year-old son Jeremy is gravely ill and can be saved only by a bone-marrow transplant - from a donor who has vanished without trace. Before Myron can absorb this revelation, Emily hits him with an even bigger shocker: Jeremy is Myron's son, conceived the night before Emily's wedding to another man. Staggered by the news, Myron plunges into a search for the missing donor. But for Myron, finding the only person who can save the boy's life means cracking open a mystery that involves a broken family, a brutal kidnapping spree, and a cat-and-mouse game between an ambitious reporter and the FBI.

The seventh Myron Bollitar novel is particularly strong, but also one of the darkest of the series. The character is becoming much deeper and the story is more emotional and far more about him rather than about the plot than in some of the early books in the series.

In this story a personal revelation from an old friend leads Bollitar into what seems like a straightforward investigation that becomes messier throughout. The plot is surprisingly strong and worthy of a serious crime novel, despite the book retaining the light-hearted irreverent tone of narration and dialogue.

The complexity of the plot does go a bit far, however, and there comes a point where the reader has been given too much information to process and although it should be possible to work out some plot points along with the characters, it's not possible to keep a handle on all the facts.

Overall though it's an enjoyable and amusing thriller, with some fantastic dialogue which I think is probably the best feature of Coben's writing. Much less comic-like than the early books and can really be taken seriously.