The Men Who Sold the World 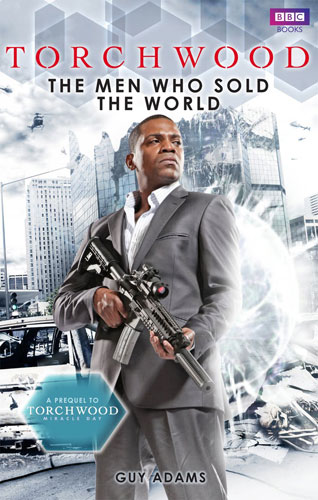 When a CIA Special Activities Division squad goes rogue with a cargo marked 'Torchwood' that they've been escorting from somewhere called Cardiff, the Agency puts Rex Matheson on the case. As the strange deaths pile up, Rex realises there must be experimental tech out there, but someone is obstructing him at every turn. Rex is the CIA's golden boy - but has he met his match in the evasive Mr Wynter?

Book three of the Miracle Day prequels is certainly the weakest of the bunch. It focusses on the character of CIA agent Rex Matheson, and features none of the original Torchwood group except in passing. A CIA team have gone rogue with some alien technology and Rex takes it upon himself to track them down.

This is much more a return to some of the older Torchwood dross novels than the recent set. It is very much a stand alone novel and seems too generic, as if it could have happened to anyone, rather than needing to be set in this established universe. As such, it comes across more as "let's tell a story about Rex" rather than "there's a story about Rex that needs to be told".

Generally, the characters are flat, and pretty identical. Even Rex doesn't come across as having any depth, which leaves him a pretty un-engaging main character. The plot itself is just a rehash of any number of 'soldiers go rogue' storylines, and the route Rex takes to find them seems far too easy. Speaking of Rex, his willingness and apparent ability to go off on his own little mission without any approval was unbelievable.

Overall, I have to say that I was not impressed by this book. Although there was an interesting twist at the end, it seemed a bit of a cop out and I can't help feeling that Rex's past could have been explored in a better way. Only really of interest to real Torchwood fans seeking completeness.