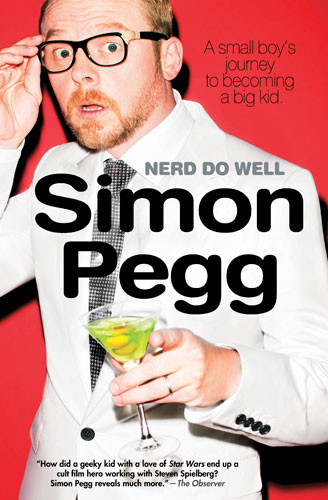 Zombies in North London, death cults in the West Country, the engineering deck of the Enterprise: actor, comedian, writer and self-proclaimed supergeek Simon Pegg has been ploughing some bizarre furrows in recent times. Having blasted on to the small screen in the gut-busting and now legendary sitcom Spaced, his enduring appeal and rise to nation's-favourite-son status has been mercurial, meteoric, megatronic, but mostly just plain great.

From his childhood (and subsequently adult) obsession with science fiction, his enduring friendship with Nick Frost, and his forays into stand-up comedy which began with his regular Monday morning slot in front of his twelve-year-old classmates, Simon has always had a severe and dangerous case of the funnies.