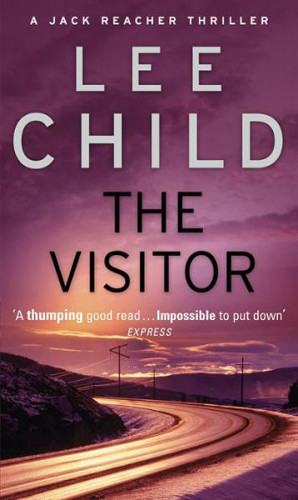 Sergeant Amy Callan and Lieutenant Caroline Cook had a lot in common. Both high flying army women, both victims of sexual harassment, they left the army under dubious circumstances. Both are now dead, their bodies discovered, unmarked and unscarred, in their own homes. Jack Reacher, former US military policeman, loner and drifter, knew them both. Psychological profiling points to a smart guy, solitary, army, someone who knew both of his victims. The perfect psychological match, Reacher is arrested.

In his fourth Jack Reacher novel, Lee Child makes up for some of the shortcomings of its predecessor, and returns to a style of story more akin to the first two. When a pair of female acquaintances from Reacher's past are found dead, his name is the top of the FBI's list of suspects. Not only does he have to clear himself, but find out who the real murderer is.

This is a return to form for Child, with Reacher once again being the oppressed loner of the earlier books, suspected of a crime he didn't commit. The story flows at a good pace, the reader learning more as Reacher does, and his amusing tactics make it a fun read.

The plot however is a little too transparent - it's too easy for the reader to understand what's happening and to predict what's coming up. This is the book's main drawback. Child doesn't seem to realise that the thrill of a mystery story is in trying to work it out, such that the investigator and reader figure it out together, whereas with this I ended up tearing my hair out at Reacher for not working it out sooner.

The other slight downside is the slightly out of character moping that Reacher does in the soap opera style part of the plot. This is necessary however for Child to dig himself out of the hole the last book left his character in, so can't' be criticised too much.

Overall, an enjoyable, quick and easy read - I just wish it wasn't so predictable.