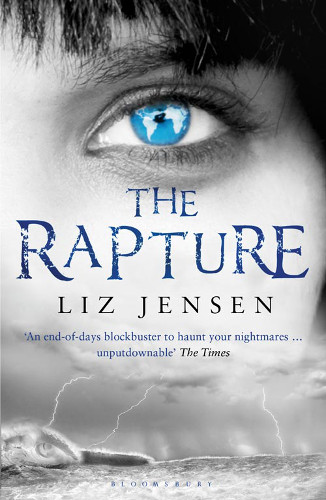 In a merciless summer of biblical heat and destructive winds, Gabrielle Fox's main concern is a personal one: to rebuild her career as a psychologist after a shattering car accident. But when she is assigned Bethany Krall, one of the most dangerous teenagers in the country, she begins to fear she has made a terrible mistake. Raised on a diet of evangelistic hellfire, Bethany is violent, delusional, cruelly intuitive and insistent that she can foresee natural disasters.

I can't find much to say about this novel, mostly because I didn't get anywhere near finishing it. I read a grand total of two chapters, and by then I knew that it wasn't doing anything for me. So I can't really say it's a good or bad book -just that it isn't my style.

The story is centred on Gabrielle Fox, psychologist and recent victim of a car crash which killed her partner and left her in a wheelchair. She returns to work to treat a patient with delusions that they are able to foresee the coming apocalypse - or is it real? I don't know because I didn't get that far.

The first thing I found grating was the writing style. First person, present tense is a combination I, for some reason, find really hard. Coupled with overly descriptive prose and self-analysis it just couldn't hook my attention. I found myself finding excuses not to read on the train during my daily commute. Unheard of.

I've read about the rapture before, in the overtly Christian 'end-times' series 'Left Behind', but at least that brought a sense of action and adventure. This story wasn't overtly Christian so far, but some of the events seemed a little implausible in that way, and it contained very little in terms of action - focussing almost entirely on the character's mental state.