The Fall of Terok Nor 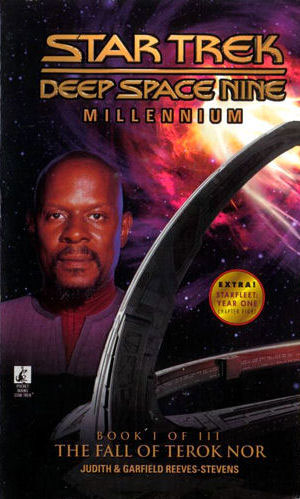 Bajor is in flames. The corridors of Terok Nor echo with the sounds of battle. It is the end of the Cardassian Occupation... Six years later, with the Federation losing ground in its war against the Dominion, the galaxy's greatest smugglers rendezvous on Deep Space 9. Their objective: a fabled lost Orb of the Prophets unlike any other, rumored to be the key to unlocking a second wormhole in Bajoran space - a second Celestial Temple.