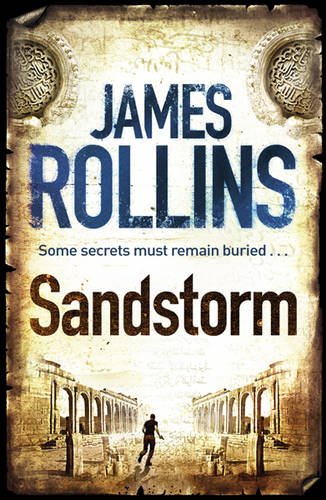 Lady Kara Kensington's family paid a high price in money and blood to found the gallery that now lies in ruins. And her search for answers is about to lead her into a world she never imagined existed: a lost city, buried beneath the Arabian desert, where something astonishing is waiting...

I bought this book on the basis of Amazon's recommendations - presumably based on my previous purchase of Clive Cussler novels - and have put off reading it for some time. I'm afraid I have to report that I found it ungripping to the extent that I gave up.

After only a few chapters there's little I feel I can say, other than two observe that my two main frustrations were the seemingly fantastical opening, and the author's bad attempts to write in a British English style, which soon falls down with the use of American words and expressions.

I'm afraid this is a failure on behalf of the recommendation system, but it possibly also suffered with my interests moving away from the 'adventure' novel and more toward the crime genre.