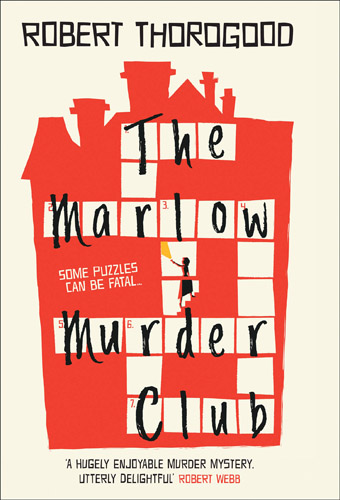 Judith Potts is seventy-seven years old and blissfully happy. She lives on her own in a faded mansion just outside Marlow, there’s no man in her life to tell her what to do or how much whisky to drink, and to keep herself busy she sets crosswords for The Times newspaper. One evening, while out swimming in the Thames, Judith witnesses a brutal murder. The local police don’t believe her story, so she decides to investigate for herself, and is soon joined in her quest by Suzie, a salt-of-the-earth dog-walker, and Becks, the prim and proper wife of the local Vicar. Together, they are the Marlow Murder Club. When another body turns up, they realise they have a real-life serial killer on their hands. And the puzzle they set out to solve has become a trap from which they might never escape.

I picked this up based on recommendations that it’s similar to other mysteries I’ve recently read - and it definite feels at first glance just from the title that it’s deliberately trying to market off the back of Richard Osman’s The Thursday Murder Club.

This is the tale of an elderly crossword setter who is unwillingly drawn into investigating a crime she overhears while skinny dipping, which the police seem to show no interest in solving. Like any other mystery story, the plot only becomes more complicated from there.

The book is well put together, but felt for the most part a bit bland - the characters weren’t quite as rich as they could have been, and the plot felt quite slow until fairly close to the end.

I felt that there was almost overuse of red herrings - there were multiple places where the novel was clearly heading in the direction of an obvious misleading secret, and it just became frustrating that they kept going, rather than entertaining when the reveals arrived.

I don’t feel like I’ll be motivated to pick up another book in this series when one comes along.