The Hungry and the Fat 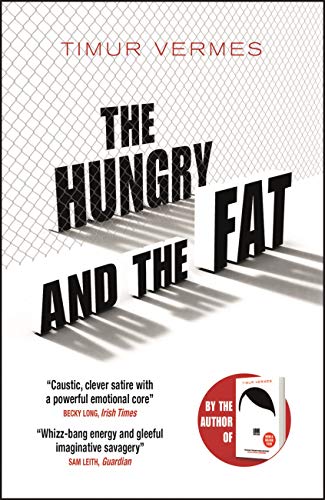 Refugee camps in Africa are swelling, and Europe has closed its borders. The refugees have no future, no hope, and no money to pay the vast sums now demanded by people smugglers. The only thing they have is time.

Then an angel arrives from Reality TV. When model and star presenter Nadeche Hackenbusch comes to film at the largest of the camps, one young refugee sees a unique opportunity: to organise a march to Europe, in full view of the media. Viewers are gripped as the vast convoy moves closer, but the far right in Germany is regrouping and the government is at a loss. Which country will halt the refugees in their tracks?

After reading Look Who's Back som eyears ago I had been waiting for another onvel from Timur Vermes, and ere it is. This time it's an alternate future (or maybe a possible future) in which a refugee crisis has led to policies of isolationism across Europe.

We follow a range of characters - from politicans to journalists to reality show celebrities - as they exist in this world and in their own ways to deal constructively with their reality.

The satire feels different in this novel - it's a lot harder, and less funny really because the subject matter is so much more real. So while it's detectable, its not really entertaining.

So quite a difficult novel to read really, because it does feel very plausible, and perhaps would serve as a warning, but I can't see enough of the right people reading it and taking in its message.