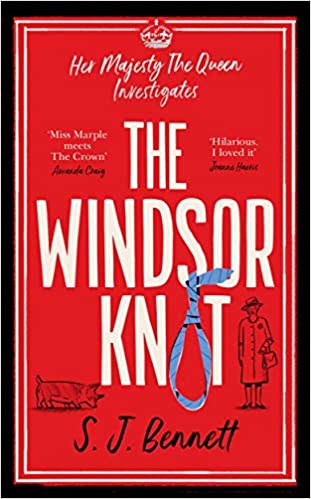 The morning after a dinner party at Windsor Castle, eighty-nine-year-old Queen Elizabeth is shocked to discover that one of her guests has been found murdered in his room, with a rope around his neck. When the police begin to suspect her loyal servants, Her Majesty knows they are looking in the wrong place. For the Queen has been living an extraordinary double life ever since her coronation. Away from the public eye, she has a brilliant knack for solving crimes.

I found this book recommended online for people who has enjoyed Richard Osman’s The Thursday Murder Club, and was sufficiently amused by the concept of the nonagenarian Queen as a secret mystery-solver that I snapped it up.

And it is just fun. We’re aligned for much of the story with the new Assistant Private Secretary - a person with a normal background who somewhat unexpectedly finds herself working for The Boss - and that helps to reveal the world of Her Majesty and her subtle frustrations and attempts to help along.

There are lots of little facts and elements that feel like the author has definitely done the homework on the royals, and the plot is well constructed and develops in the classic mystery novel style.

I don’t think it’s in quite the same league as Richard Osman’s novel, but that doesn’t matter as I found it a delightful bit of escapism and will certainly pick up the sequel when it’s published next year.