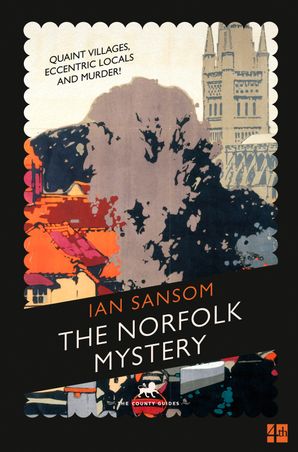 It is 1937 and disillusioned Spanish Civil War veteran Stephen Sefton is stony broke. So when he sees a mysterious advertisement for a job where ‘intelligence is essential’, he applies.

Thus begins Sefton’s association with Professor Swanton Morley, an omnivorous intellect. Morley’s latest project is a history of traditional England, with a guide to every county.

They start in Norfolk, but when the vicar of Blakeney is found hanging from his church’s bellrope, Morley and Sefton find themselves drawn into a rather more fiendish plot. Did the Reverend really take his own life, or was it – murder?

This first mystery in the County Guides series spends a lot of time introducing us to the main characters before what is ostensibly the plot kicks off.

While generally inoffensive (although some of the characters are painted in a dated light to reflect the time the story is set), there’s little to say for the story.

The characters aren’t particularly compelling, and the mystery doesn’t seem to follow the classic setup that allows the reader to follow along with the clues.

Ultimately, a bit boring - I’m not really sure what compelled me to pick this up, and I doubt I’ll put much effort into following the rest of the series.