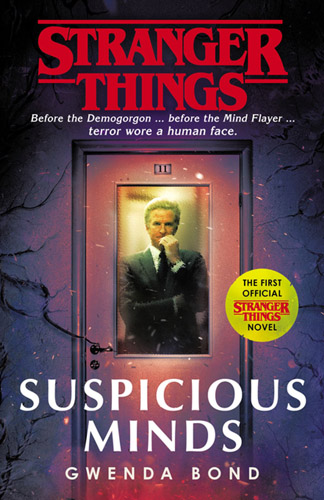 It’s the summer of 1969, and the shock of conflict reverberates through the youth of America, both at home and abroad. As a student at a quiet college campus in the heartland of Indiana, Terry Ives couldn’t be farther from the front lines of Vietnam or the incendiary protests in Washington.

The first novel set in the world of Netflix series Stranger Things (also the first novel I’ve ever seen where the copyright statement says “Netflix assets the right…” etc.) - this is a prequel telling the tale of a group of university students on the cusp of the Vietnam war who respond to a mysterious ad for participants in a research study.

The novel is quite spoilerific for at least the first season of the show, if not the second too - so I’d definitely recommend watching before reading.

It’s not always an easy read - some of the experiences the characters go through make for uncomfortable reading. In places the plot is quite repetitive and slow, and there were a number of times I was like ‘just get on with it’.

While it adds a little to the world of Stranger Things, I think the restriction of being a prequel and being set around an ongoing TV series is too tight to allow for a really compelling novel. I wouldn’t recommend it, and think I’m unlikely to pick up either of the subsequent novels based on the series now.