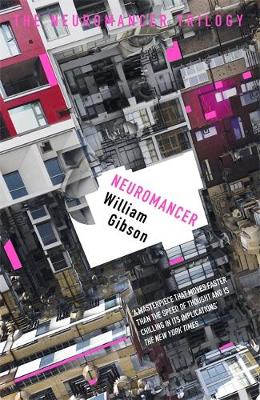 This novel is a classic mid-1980s science fiction tale of a man who, slightly down on his luck, is coerced into… something. I say something, because despite having read it I’m still not really clear what it was about or what went down.

I picked this up cheap because it’s well regarded, but it’s much harder science fiction than I was expecting. I think one of the main issues I had is that the approach to world building is just to throw the reader in with no comfortable introduction or explanation, and I don’t find that a comfortable or easy way to understand a world.

The other thing that puts me off classic science fiction like this is that it doesn’t seem to really be about the characters. I think my brain fits much more the model of modern novels which are much more about interesting characters - here though it felt more like it was about the technology and… yeah I still don’t know.

I found the narrative unapproachable. There’s a lot of attention to describing things but it comes across as assuming so much context that I don’t have that my imagination wasn’t able to cope. It reminded me a bit of Ernest Cline’s Ready Player One in terms of some of the human-computer interaction, but the way it’s portrayed here felt far less engaging and revelatory. I think probably I need the text to do more of the work of pulling me into the world, whereas this novel expected me to do a lot of the work, and that’s not what I’m looking for in novels.

I really forced myself through the final hundred pages just to get it over and done with. I will not be returning for the sequels.