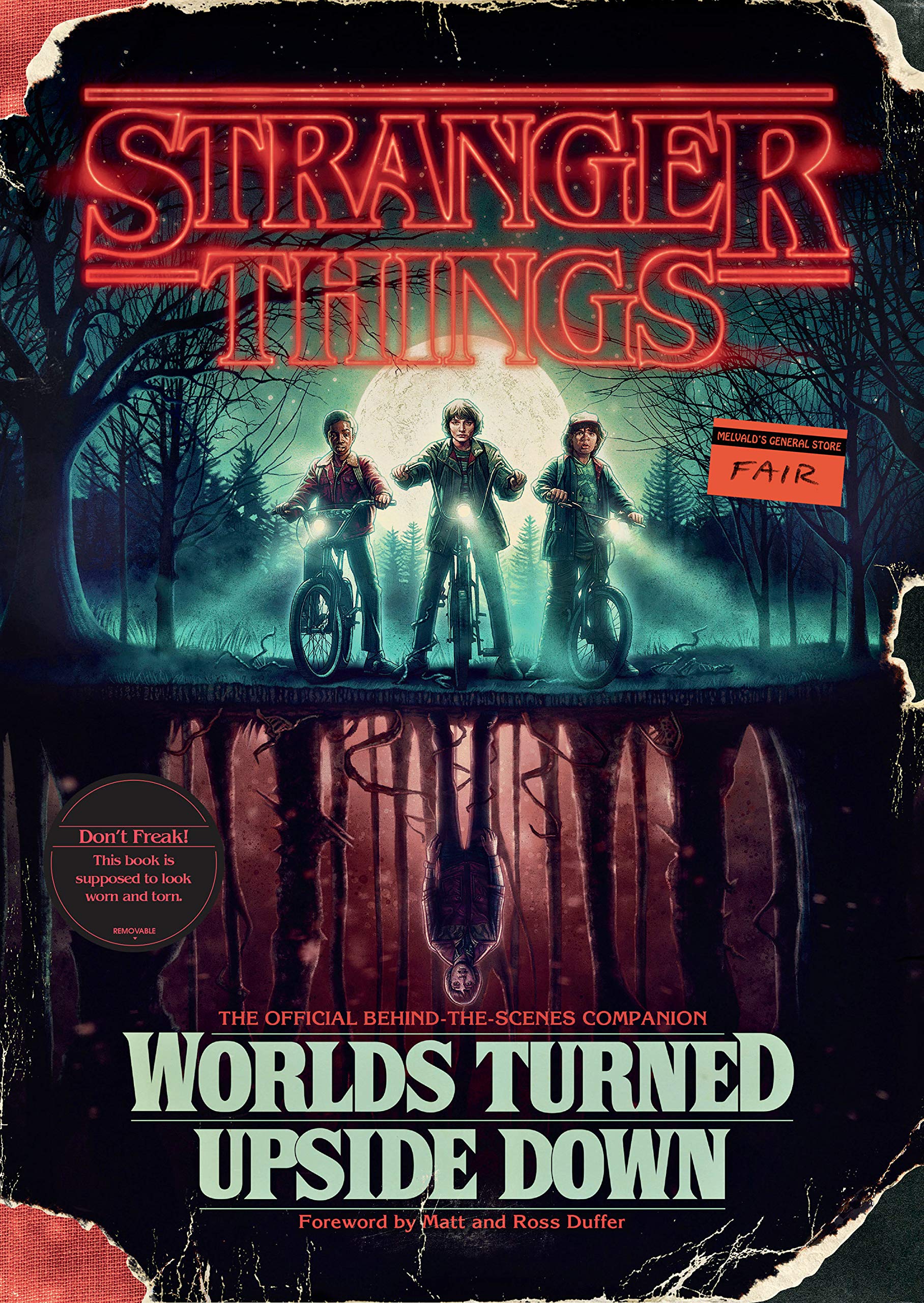 When the first season of Stranger Things debuted on Netflix in the summer of 2016, the show struck a nerve with millions of viewers worldwide and received broad critical acclaim. The series has gone on to win six Emmy Awards, but its success was driven more than anything by word of mouth, resonating across generations.

This behind-the-scenes book about Stranger Things caught my eye in the bookshop because of its artificially battered cover and attempt to look very 80s. As a teenager, I devoured works about the creation of films and TV series, from Star Trek and James Bond to Dad’s Army and Captain Scarlet. I knew pretty much immediately that I had to have it.

It’s a great telling of the story of the series, from the Duffer brothers’ upbringing, their inspirations, how they created the world, and then how it was fleshed out through both seasons (to date) by actors, designers, and all the other production creatives who work on the show.

The book is packed with photography and tiny details that make it incredibly compelling and enjoyable to read. I had to pace myself to ensure I didn’t devour it in a single sitting - allowing myself just a few pages each night alongside another book.

An excellent companion to the series and one I’m really happy to have stumbled across.