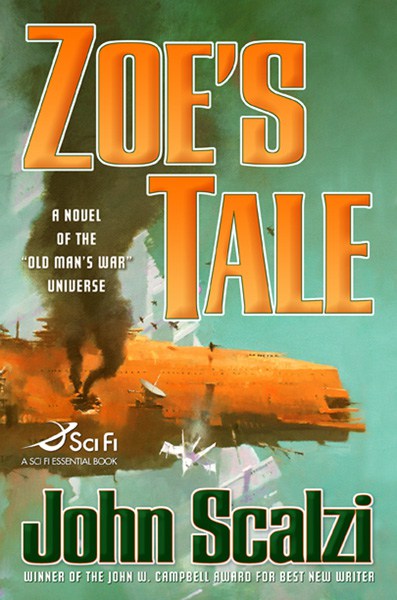 It's not every day you up sticks and move to another world. But then, Zoë Boutin-Perry's life has never been ordinary. She's the adopted teenage daughter of two former super-soldiers. She's also a holy icon to a race of alien warriors who track her every move. So she's used to the quirks of being a human in space.

However, this time something's different. Betrayed by the authorities, Zoë - along with her parents and fellow colonists - finds herself stranded on a deadly pioneer planet. The Colonial Union has also set them up as a target for hostile alien action. Zoë must become a player (and a pawn) in an interstellar battle, which will determine the fate of humanity.

The fourth book in the Old Man's War series is one of the strangest novels I've read. Not because of anything in the novel itself - it's the tale of a young girl on a new colony, settling in and learning about herself and the world she's arrived in. Instead because of how it fits into the series. This is the same story as told in the previous book, The Last Colony, just from a different point of view.

While in some ways this is a fascinating idea, and somewhat typical of the adventurous approach to storytelling taken by John Scalzi in his novels (Redshirts and Lock In which I've read both play with novel ideas too), it gives the reader a strange sense of deja vu, particularly as it's some time (nearly two years)( since I read the previous novel.

Despite that, it's still a great story that works really well, and I felt that Scazi captured the voice of a young sarcastic girl well. The range of characters that we get to see is different, and this helps to build a richer world, and there's still a river of politics flowing through that even a 12-year-old girl can get involved in.

And enjoyable read, if a weird experience. Definitely a world I want to return to and an author who's on my must-buy list.