Enemy of My Enemy 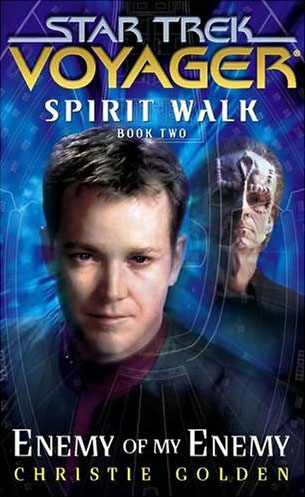 Chakotay and his sister, Sekaya, are imprisoned on the formerly Cardassian-occupied planet of Loran II. They soon discover that their tormentor is an old enemy: Arak Katal, the Bajoran who betrayed Chakotay's comrades, the Maquis, to Starfleet. Worse still, he is also Chakotay's second-in-command, Lieutenant Andrew Ellis - for he is in fact a Changeling, a shapechanger, a renegade Founder who has been rejected by the Great Link for his evil actions. On Loran II he has teamed up with Cardassian scientist Crell Moset, who he hopes will restore his Changeling powers to the full.