Have Tech, Will Travel 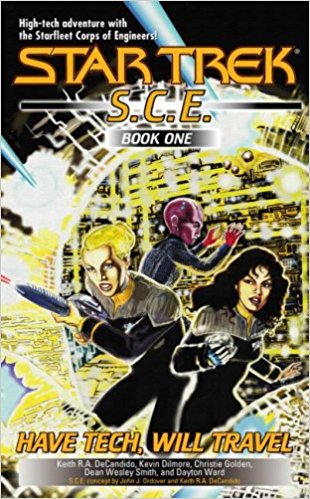 When Captain Picard and the USS Enterprise defeat a gigantic marauding starship from parts unknown, the S.C.E. is called in to probe the vanquished hulk. Captain David Gold and the crew of the S.C.E. ship the USS da Vinci are in search of both new technology and of clues to the origin of the giant ship. Lieutenant Commander Geordi La Forge, on temporary transfer from the Enterprise, is assigned to assist them on their vital reconnaissance mission. Working alongside Gold, his first officer Sonia Gomez, and a top-of-the-line group of engineers to unravel the high-tech mysteries of the supposedly dead alien vessel, Geordi discovers that the real danger has only just begun.