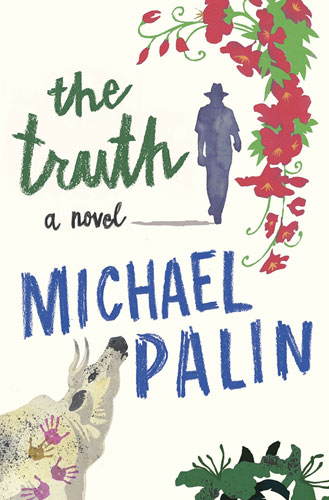 Keith Mabbut is at a crossroads in his life. When he is offered the opportunity of a lifetime - to pen the biography of the elusive Hamish Melville, a highly influential activist and humanitarian - he seizes the chance to write something meaningful.

His search to find out the real story behind the legend takes Mabbut to the lush landscapes and environmental hotspots of India. The more he discovers about Melville, the more he admires him 0 and the more he connects with an idealist who wanted to make a difference. But is his quarry really who he claims to be?

I've seen a lot of Palin's TV and film work, and read one volume of his autobiography, but this is the first time I've read his fiction. I was surprised to find it a serious novel and not a comedy, as it follows a journalist commissioned to write a biography of a recluse.

Palin's own travels have clearly informed a large portion of the narrative, and you can easily imagine that many of the events and character are based on his own experiences, particularly in the middle section of the book. Having said that I found the middle the least engaging - possibly as it's the part where the main character has less agency and is just flowing with events rather than influencing them.

A good tale overall, but it didn't really stand out as something special.