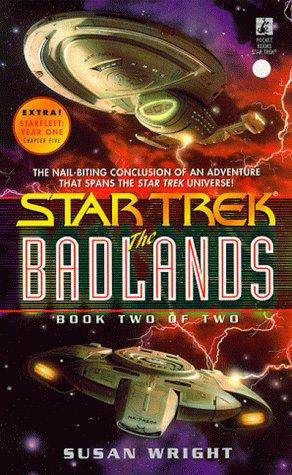 Before she began her historic sojourn in the Delta Quadrant, Captain Kathryn Janeway led the USS Voyager into the Badlands in pursuit of a renegade Maquis vessel. There she encountered the same threatening and inexplicable phenomena that had previously endangered both Kirk and Picard. Now, detoured from her mission by an urgent Cardassian distress call, Janeway finally uncovers the origin of the hidden menace.

Armed with Janeway's hard-won knowledge, Captain Benjamin Sisko must deal with the exposed threat once and for all. But first the USS Defiant must battle both the Dominion and the Romulan Empire for control of an unleashed power source that could devastate the entire Alpha Quadrant.