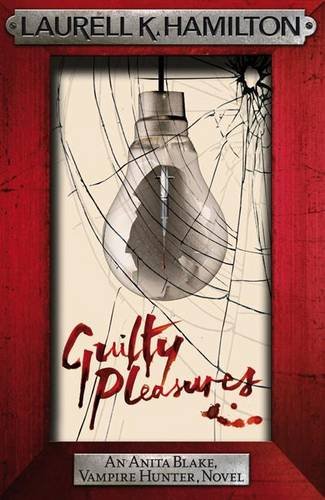 My name is Anita Blake. Vampires call me the Executioner. What I call them isn't repeatable. Ever since the Supreme Court granted the undead equal rights, most people think vampires are just ordinary folks with fangs. I know better. I've seen their victims. I carry the scars... But now a serial killer is murdering vampires - and the most powerful bloodsucker in town wants me to find the killer.

The first book in the Anita Blake, Vampire Hunter, series introduces the reader to the first-person perspective of the title character - a fairly ordinary young woman with a slightly unusual job - as she's hired by an unlikely client to solve a string of murders.

Its an interesting world that Hamilton has created, in which the paranormal is just normal and accepted as part of society, which serves in part as a metaphor for discrimination. Mostly though it's a bit of a romp, though without the campness that some vampire-themed series evoke.

The plot is complex enough to stay interesting while really not doing very much. As a mystery story it's not really got the weight that I like and the investigation seems to be pushed more by the various supporting characters than the investigator. As a paranormal romance - which it clearly claims not to be - I think it would be quite acceptable. There's enough kissing and romance-related commentary from Anita that this aspect over dominates the narrative and weakens the overall effect, though it doesn't go anywhere near the extremes of some more recent vamp-romance novels.

While it certainly wasn't a bad book, I don't think that I'm the target audience and I'm not enthused by it enough to immediately consider buying the sequels.