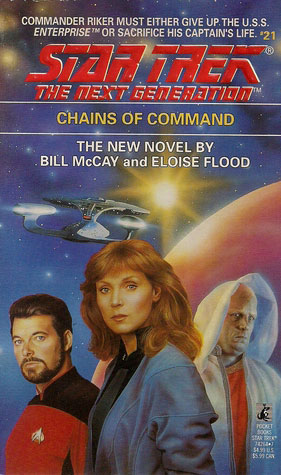 While exploring a group of devastated class M planets in a remote sector of space, the crew of the U.S.S. Enterprise is shocked to discover a group of human slaves on a forbidding, glacial world. When the slaves revolt against their human overseers, Captain Picard and his crew sympathise with the slaves plight but cannot interfere in the conflict. After the revolt is a success, Captain Picard learns that both the slaves and the overseers were controlled by a mysterious bird-like race called the Tseetsk, who are coming to reclaim their property. With time running out, the rebels kidnap Captain Picard and Counsellor Troi - drawing the U.S.S. Enterprise into the middle of their deadly plan of vengeance.